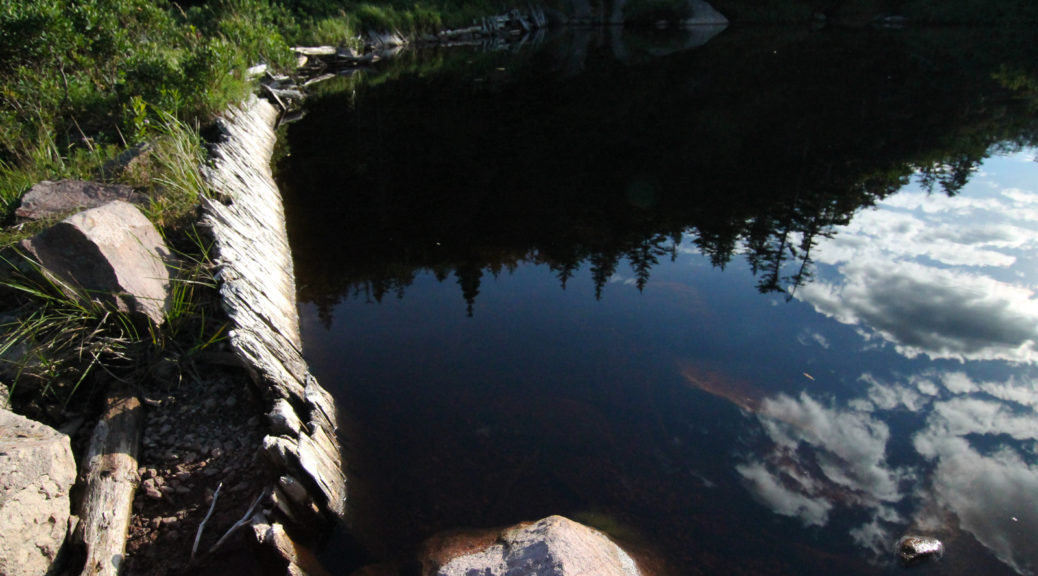 Hi folks! I’m making an attempt to squeeze in as many of the good trails as I can with the summer winding down,  and so my plan for today was Deadman’s Bay Path. I had only hiked the trail once before and always meant to make my way back to Freshwater; it’s an incredible spot. I couldn’t find transportation from one trailhead to the other, and didn’t really want to cab it, so I came up with a plan: Fort Amherst to Freshwater Bay (and back) today, and Blackhead to Freshwater Bay (and back) next time!

It was a hot one on the trail but luckily enough the sun spent some time behind the clouds. It was a “hot in the shade” type of hike, though, so there wasn’t much to be done other than sweat my way through it. The climb out of Fort Amherst is just as much fun as I remember it from my late fall hike, and the heat made it just a touch more fun. Once on top of the South Side Hills, the going was pretty smooth. This is a beautiful hike but I decided I’d power through it , hoping for better photography on the way back, and was lucky enough to be right. I did make numerous short stops for berries… the blueberries were largely ripe on the open top of the Hills, and there were ripe partridgeberries (thanks Dana!) mixed in here and there.

I decided once I got to Freshwater to check out the side trail to Gunners Cove, a side trail I hadn’t explored on my one trip over this trail. There was a nice viewpoint at the end and the path through the woods was very pretty. I was sad to see the evidence of multiple open fires, including a pretty large fire pit, frying pan hanging in the trees. Just why. At the end of the Gunners Cove Path, there are two pits quite literally visible from one another. I just don’t get people.

Anyhow, the sun came out as I got ready to leave Gunners Cove and made for some nice photographic opportunities on the walk back… score! Check out some of the pics below!

It was much colder last time I took this pic.

a “disused cistern” according to the ECTA map.

The view from the end of the Gunners Cove side trail at Freshwater.

There’s something magical about a trail through the woods, leaves on the forest floor, the sun shining through the gaps in the branches.

Saw a few of these interesting lichen(?) in circular patterns on the exposed bedrock along the South Side Hills. Reminds me of the fairy rings that mushrooms sometimes grow in.

Loved the sky reflected in the still waters at Soldiers’ Pond; the decaying dam holding back the water.

Another look at Soldiers’ Pond, and at an erratic above it.

The city and Signal Hill from the other side.