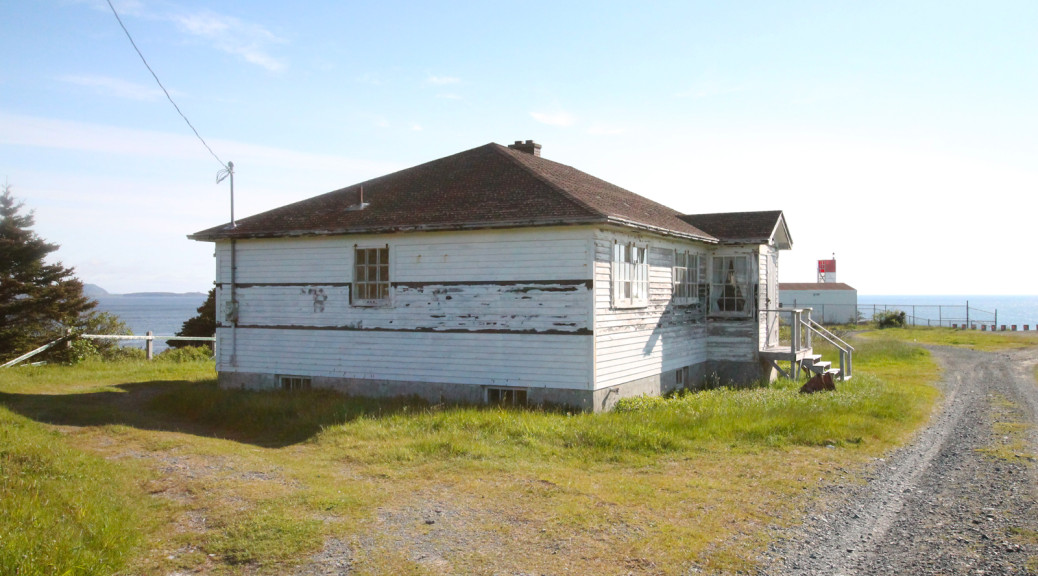 I don’t have a heck of a lot to say right now about the Bear Cove Point Path… I have only hiked it once, and it was a while ago. In order to do justice to its description I will have to hike it again. There are, at least, a few pictures below!

At the end of some narrow, winding roads, one finds the Bear Cove Point Path trailhead!

The meadows outside Renews are beautiful.

Sculpin Bay was my intended location for a camp, but there doesn’t seem to be a good spot here!

The next morning, the rocky coast was spectacular at the Klondike River crossing.

Not sure which landform this is (Manny’s Gulch maybe?) but it’s distinctive… a large, flat section of rock.

The side trail to a viewpoint on South Point is worth exploring. Looking back at Southern Cove.

The site of the lighthouse at Bear Cove Point.

The residence with the lighthouse behind.

Much of the remainder of the trail is a beautiful woods path.

Looking back at Bear Cove Point.

A look at North Head from near Water Cove.

The signs of former settlement at Blacksmith.

And with that, the East Coast Trail is complete!