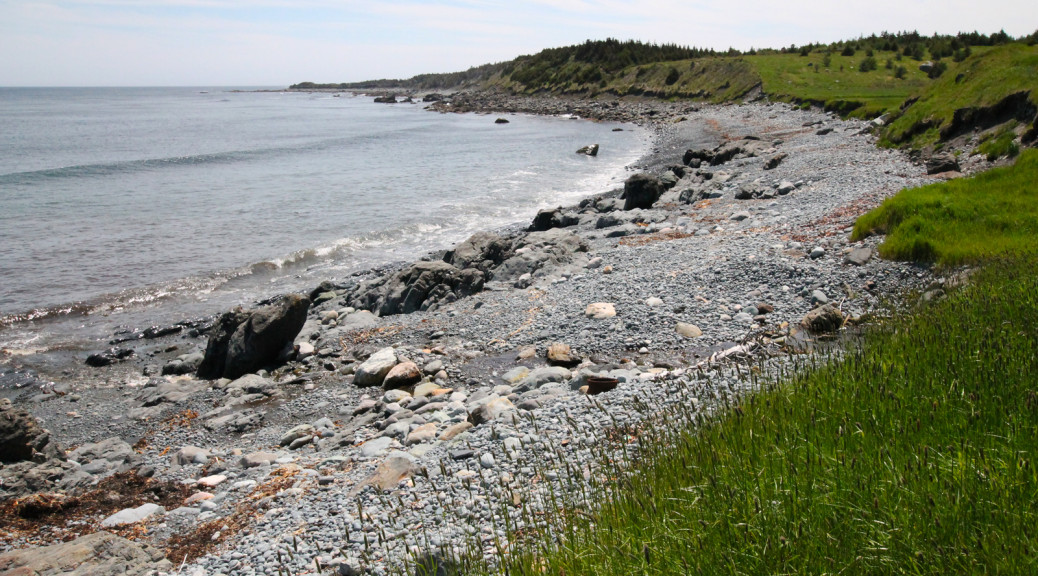 Like the Bear Cove Point Path, I have only hiked Island Meadow once and didn’t promptly update the page after doing so, and so in order to do justice to the description I will have to hike the trail again. At least some pictures remain: check them out below!

The trail heads out of Cappahayden along the meadows at the ocean’s side.

The trail enters the woods just past Middle Cove.

In here, things start to get a bit wet.

Some fiddleheads are still appearing!

The trail heads around private property up onto the road.

From the tourist stop at Bear Cove.

This is what a large chunk of this trail looks like.

The trail rounds a couple of gulches on the northern end, including this one at Peter Power’s Cove.

From atop Gripe’s Nest to the next section of trail.

Looking back towards Gripe’s Nest.

Calves Cove near the trailhead.

Mostly a woods trail at this point, one of the breaks in the trees reveals beautiful coast.

At the trailhead, on into Renews!