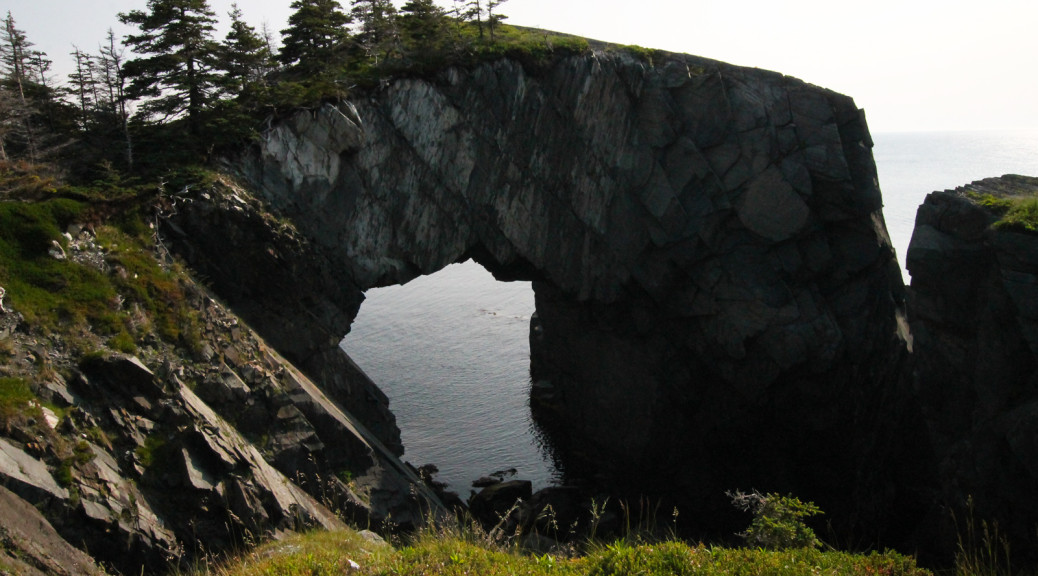 Spurwink Island Path is a challenging 17km trail near the Southern end of the ECT. While its namesake is a pretty incredible sight, it’s Berry Head Arch that attracts most folks to this trail. As the maps indicate, though, reaching Berry Head Arch requires committing to the trail, as it’s basically at the midpoint.

It was a year before my writing that I hiked the trail, and so my memories or it are a bit sketchy at this point. The trail begins at the old highway, passing over a decaying overpass, before turning left and crossing a bog filled with Pitcher Plants. The boggy section is planked and relatively short, though, from what I remember: this leg of the journey is mostly through forest if memory serves. Gallows Cove, the site of this trail’s camp, is a convenient base for a two-day attack of this trail.

Past this point is Berry Head Arch, which is an incredible sight, and from what little I recall of the trail, some altitude changes as the trail avoids small coves and gulches.