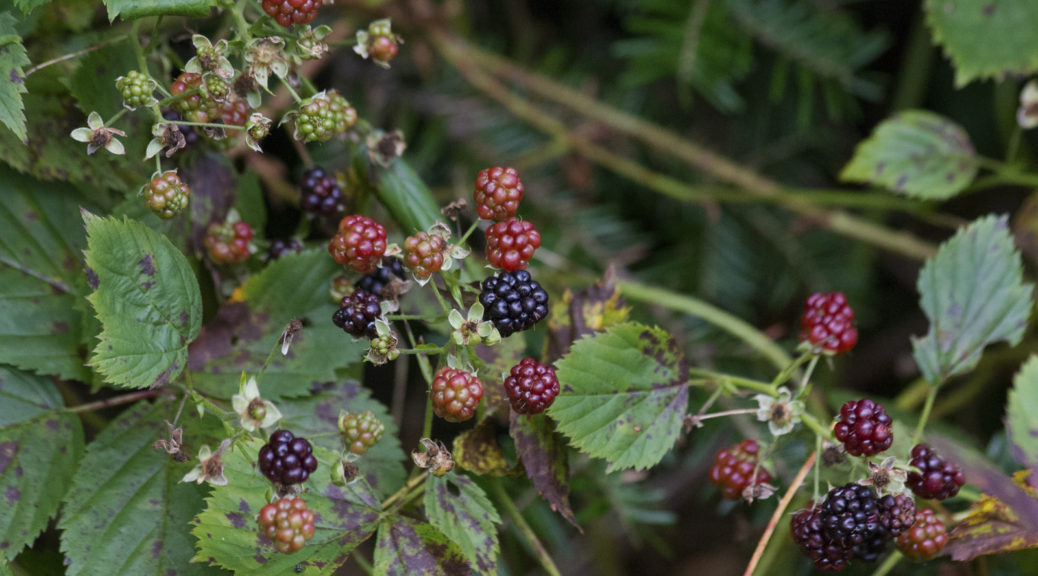 Hi folks! Back to work means a slacking of my fairly full hike schedule for the past couple of weeks, but there’s no excuse for not getting out on the weekend! It had been a long time since I had hiked the Sounding Hills Path (at least a couple of years) and so it was high time I returned. I was very glad that I did… the day was cool, the hike was exhilarating, and I saw a ton of wildlife! And since I had my zoom lens actually attached to my camera, I have evidence to support my claims! 🙂

It was (I’m going to say, as usual…) drizzly as I approached the trailhead, but the idea was that I was hiking at the tail end of the weather, and since it was cool, I’d get the benefit of that without the chilling rain. I snapped a couple of shots of a couple of birds who were unknown to me (IDs to follow) and tried to capture a few cormorants floating in Freshwater Cove, but each took off before I could get a shot. The drizzle had basically stopped by the time I got going on the trail, but it was still a bit wet and muddy in spots. I remember passing a girl who was muddy up to her knees (and elbows) the last time we hiked this trail… I’m still puzzled as to how she managed that, even with the trail as wet as it was this time around!

The story of the day was definitely the wildlife. After snapping the birds in Freshwater Cove, I saw a family of five loons at one of the coves along the 2-3km point of the trail; on the return trip I could hear them all calling at once. I took a break at one point and got a bit of a fright when a woodpecker started pecking the hollow tree right beside me (I didn’t know what the sound, echoing weirdly through the tree, was at first!). While I was unable to ID in person or from pics, he was pretty big, so my first guess would be a hairy woodpecker. He called to a mate in the distance so I’ll do some listening and update once I do the other bird IDs.

I took the side trail to Fairmouth Cove to get a look at the Spout River waterfall, and on the way back up, I heard some splashing below. I thought perhaps an otter was dragging a fish out of the water based on the commotion, but when I looked down, I could see 4 or 5 seals sunning themselves on the rocks directly below me; I scanned the cove, and saw another group of ten, heads bobbing in the water. The splashing continued as the other seals sunning themselves followed suit, staring up at me, obviously the source of their consternation. I took a few quick pictures of this spectacle (outside of the ice near St. Anthony, where the seals are peppering the ice as far as the eye can see, I had never seen a gathering like this) , and headed back to the main trail. Just past this point I snapped a few pics of a rock lined with cormorants, and as I got to Spout River, a belted kingfisher flew directly overhead (I heard more than saw him, so no pic). So much wildlife!

Berry report: Oh my goodness. The blueberries were very plentiful and very delicious. But at one point about a kilometer from the southern trailhead, there is a 2m patch of blackberries. Just ripening. Melt in your mouth delicious. I won’t be back this year so I’m okay with letting the secret out. Enjoy, hikers!

Pics of all of this flora and fauna (with a little scenery, and another physics chat for the nerds among you) below!

This little guy ran back and forth along the rocks in Freshwater Cove. ID to come.

Shrouded in the mist, the Ferryland lighthouse, off in the distance.

The first viewpoint on the trail features some interesting geology (and today, crashing waves!)

Three of the five loons I saw paddling around together.

The falls of the Spout River as visible from Fairmouth Cove side trail.

Some of the 15 or so seals bobbing in Fairmouth Cove.

This guy was unimpressed with me.

Some cormorants just chilling on the rocks in Fairmouth Cove.

For this physics lesson, I found some actual diffraction! Check out the next pic for some explanation.

The wave fronts from the ocean crash on these rocks, and there’s a narrow channel through them. Most of the energy is dissipated by the rocks, but a little gets through. That little bit, upon exiting the channel, “spreads out…” applying Huygen’s principle, the red arrows show how the exit of the channel, treated as the source of the waves on the other side, give the curved waves we observe. (I probably could have gotten a better diffraction pic but it was getting cold).