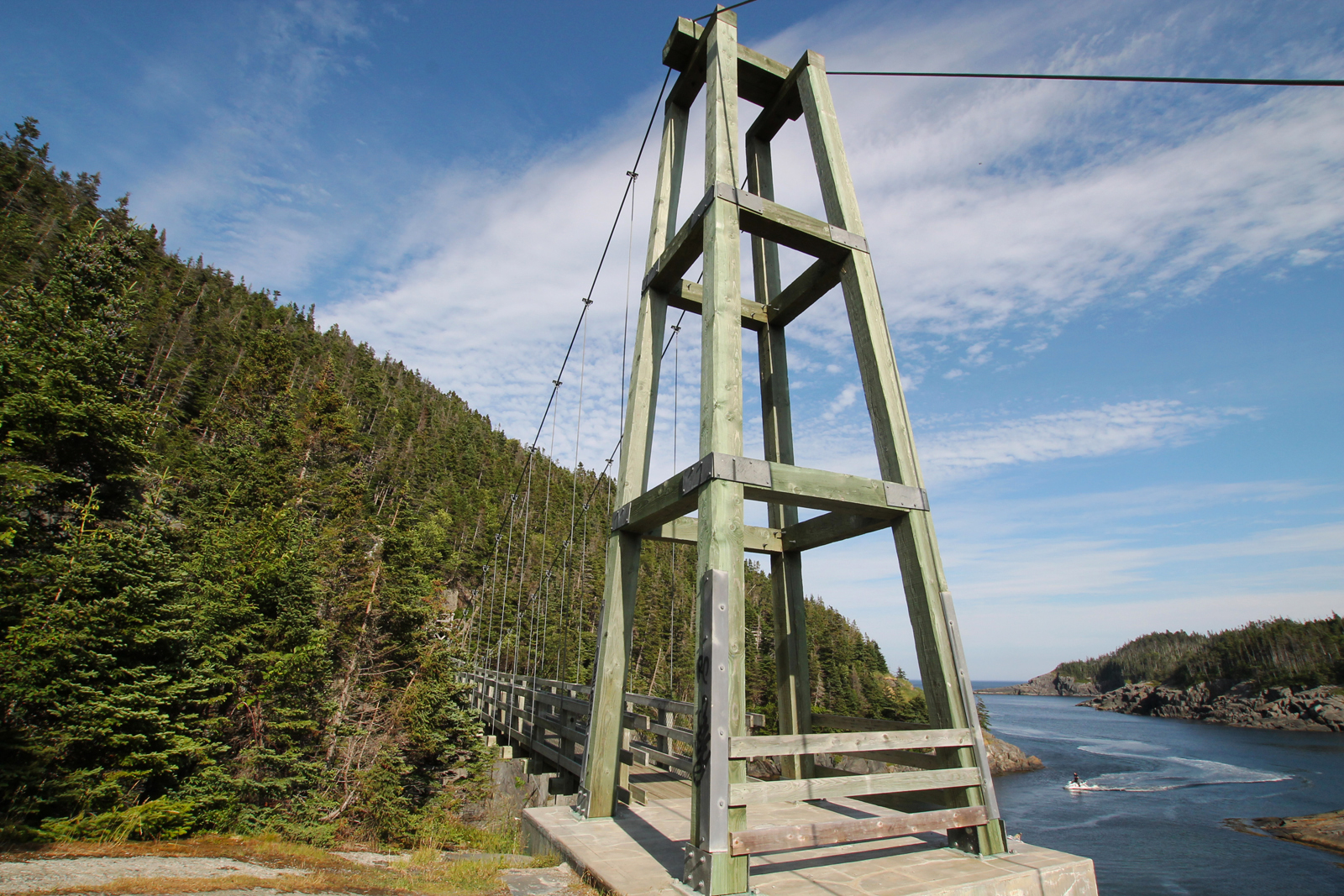 La Manche Village Path is a shortish hike, and while there are a few climbs (most notably as you approach La Manche Village itself), it’s not a strenuous walk and so is well suited for a bit of a hot day. La Manche Village path technically starts in Tors Cove (there is 800 m of trail between Tors Cove and Burnt Cove, where we started), and continues along the road in Burnt Cove until hikers arrive at the wharf where most folks will begin the walk..

The trail begins (this section, at least) in the scenic town of Burnt Cove. Hikers can park at the community wharf and head up the hill over a road that’s privately maintained by a couple of of cabin/home owners about 400 m in the road. At this point the trail thins to a car/ATV path and splits to another private property before heading into the bush. The trail stays mainly inland until reaching La Manche Village: the first signs of which are a concrete foundation perched on a cliffside, a testament to life for early settlers of NL: making use of the land to the best of their abilities, perched on rocky shores, and in some cases, cliffsides. La Manche Village itself was, in addition to some on-land construction, to a large extent built along the cliffs, using wharves and stages. Most of this construction was destroyed in a storm which was one of the reasons why resettlement of the community took place. More recently, the bridge over the La Manche River was destroyed and a suspension bridge reconstructed in its place, much higher than the original bridges and stages.

Check out our few pics below: many more to follow when we hike this trail a second time! Click on a pic to bring up the gallery and a higher resolution version of the image!

A cute little house (half a salt box?) in the community of Burnt Cove, where parking is available.

The suspension bridge was built to replace the destroyed bridge.

The suspension bridge from the trail overlooking La Manche Village.

The suspension bridge from the former site of La Manche Village.