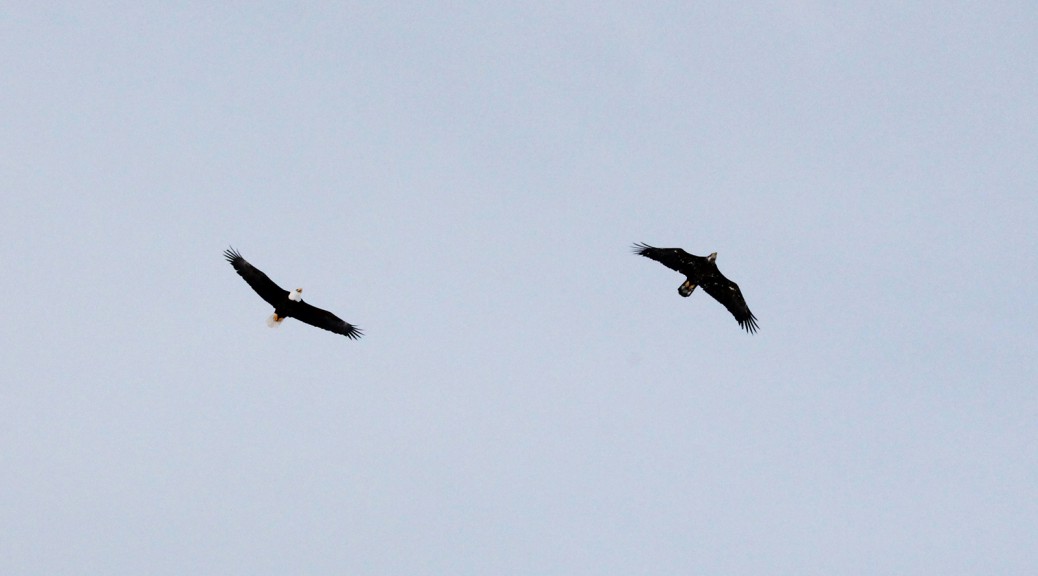 I’ve been on mid-term break all week and itching to get out for a little hike, but the weather has been uncooperative: I’m not one for extreme cold weather, and with wind chills dipping into the -30C range, I was waiting it out. Friday started promising, warming but windy, and knowing that I’d only be out for a couple of hours, I waited for the later part of the afternoon, when the temperature got up to -4C. It was still pretty windy, but once I got into the shelter of the woods at the start of the Cape Spear Path, it was a wonderful snowshoe trip! My goal was Staffordside, or at least the branch that leads to the valley, but I left it too late, and given my lack of exercise this winter, it was probably for the best… snowshoeing is hard work at times! I turned around as the path climbs the ridge over Sharks Point at about the 4 km point (the parking lot where I started is about at the 1.1 kilometer point). 5 or 6 km in the bright sunshine through the snowy woods!

I saw a few interesting birds of prey including a snowy owl who I scared up from some rocks just past the lighthouse. I fumbled with the zoom lens with mittened hands and didn’t get it on in time to get a good shot of him. Afraid that’d happen again, I hiked out to my destination with the zoom attached and switched to the more landscape-friendly 18-55mm for the return trip. A pair of eagles flew overhead as I descended the hill to the parking lot: even without the zoom lens, they came close enough for me to get a couple of nice shots!

Pics below and in the Cape Spear Path gallery!

A not insignificant amount of traffic had made its way to the lighthouse.

Footsteps leading to the lighthouse.

The best shot I got of the poor snowy owl I frightened, flying over the Cape Spear Path trailhead. I didn’t see him until I was on top of him.

A look back toward Cape Spear from the ridge above Sharks Point. I tried to capture the wind which was a deciding factor in my turning around here instead of at Staffordside.

One of the few exposed boardwalks within view of Cape Spear.

The sun is starting to get low over the trailhead as I make my way back.

Massive icicles on the cliffs near the Cape Spear Path trailhead.

The sun reflecting on the crusty snow was worth seeing.

The Cape Spear Path beckons in the distance. 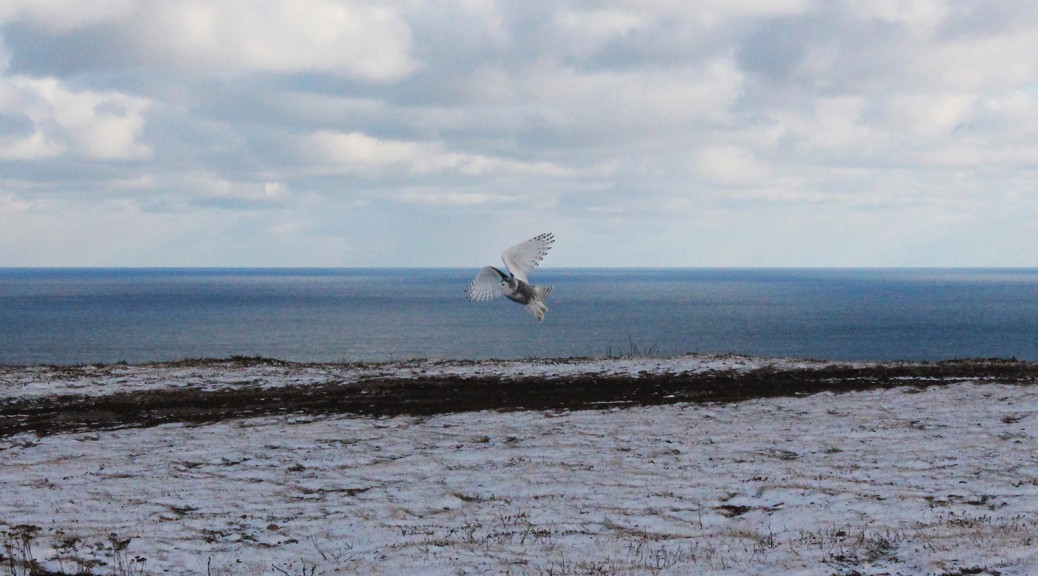 Hi folks! I got a question about the pic of the Snowy Owl above, taken at Red Head on the Stiles Cove Path trail of the East Coast Trail. This was a late fall hike, snow was on the ground, as you can tell, and we came out of the woods to find a pair (male and female) of Snowy Owls. We stood back and took a few pictures as best we could (I had left my zoom lens at home so I did what I could with my 18-55mm), and the owls obliged us by flying close by a couple of times. We didn’t stick around for long, thinking they were probably stressed by our proximity, so we made a wide berth around them… a little too wide, because we ended up taking a community path away from Red Head and getting sidetracked by a half hour or so!

The best of the pictures I took that day can be found here, on my Tumblr. Cheers!