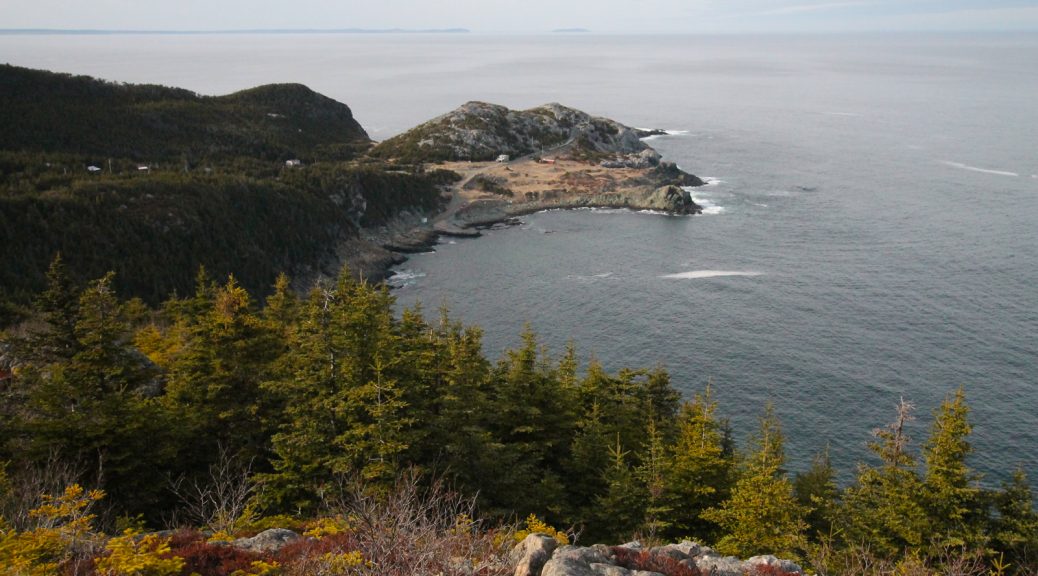 Plenty of folks have been on the trails but I’ve been lazy for the past few months. I’m a bit out of shape but the best way to get back into hiking shape is to hike! As is becoming a tradition, I decided I’d start the year with a hike on the Biscan Cove Path, a favorite of mine.

In terms of trail conditions, there is only one tiny (ie. 1m) patch of snow on the entire 7kms of trail, so I’ll go ahead and call it ice free! The trail is in great shape and isn’t even that muddy considering the season. River crossings are easy: it doesn’t seem like they’ve swollen much with the melting of snow.

One change that concerned me since the last time I hiked the trail: at a small gully past Big Bald Head traveling north, there is a new, unmarked branch. It is easy for hikers to take the wrong branch here as the ECT typically stays with the coast but the correct branch is the one to the left. The one to the right is an ATV trail, and it looks fairly well established. Following the trail reveals a large area of cutaway just off the path, which is very disappointing. Perhaps it’s time we rally government for boundary/corridor lands for the ECT in the style of the Appalachian Trail. Pics of the branch below.

It started as a gray day but the sun came out as I rounded White Point and despite the waves there wasn’t a breath of wind. A spectacular day for hike number one! Now to lose this winter weight and get my legs back in shape!

Horse Gulch is always a spectacular sight at the start of the trail heading north.

The seas are looking rough despite the wind being nonexistent on this gray day.

Parts of the trail are starting to get a little tight! A first for me on this trail.

The side trail at Freshwater River always makes for spectacular views.

I was disappointed to see this on either side of Freshwater River. The firepits couldn’t have been more than 50 feet from one another. If you’re going to violate the prohibition on open fires along the trail, at least reuse established pits instead of creating new ones, folks. As users of the outdoors we need to learn to Leave No Trace.

Here is the unmarked branch pictured above. Hikers should keep left (both because that’s the continuation of the trail and because heading right will be disappointing).

The cutaway at the new branch, Pretty sad. Someone cleared more than an acre… much more than is needed for a cabin.

Looking back at the cutaway it is clear how much destruction has taken place.

The sun came out as I approached the aptly named White Point.

The gulch past White Point is another spot that never disappoints.

This is all the snow/ice left on the trail as of the 2nd week of April! Not bad.

Looking down towards Biscan Cove before descending towards it.